Using even just one or two colors itself can force you to see your drawings in a new way.

Crayons were invented by Binney & Smith in 1902 and first offered for sale in 1903. Alice (Stead) Binney, a school teacher and wife of co-founder Edwin Binney, suggested the company manufacture an inexpensive alternative to imported crayons of that era.

Pastels were used by Leonardo da Vinci in 1495. Artists used “conte crayons” – something between a pastel and a standard crayon – since the late 1790s. In 19th century other pigments appeared (not just charcoal) and Jane Austen mentioned crayons in her “Pride and Prejudice” in 1813.

Colors can be blended by rubbing them with a paper stump or simply with a finger, and because they are not powdery like charcoal or chalks – being more similar to oil pastels – layers of color can be laid on top of each other to give a scum bling-style effect.

Remember the first time you picked up a crayon, right after you first learned your abc’s? Bring back the memories with this font! Enjoy!

I am sharing few of mine Crayon sketches if u also have an art work to show then feel free to share  in comment section. 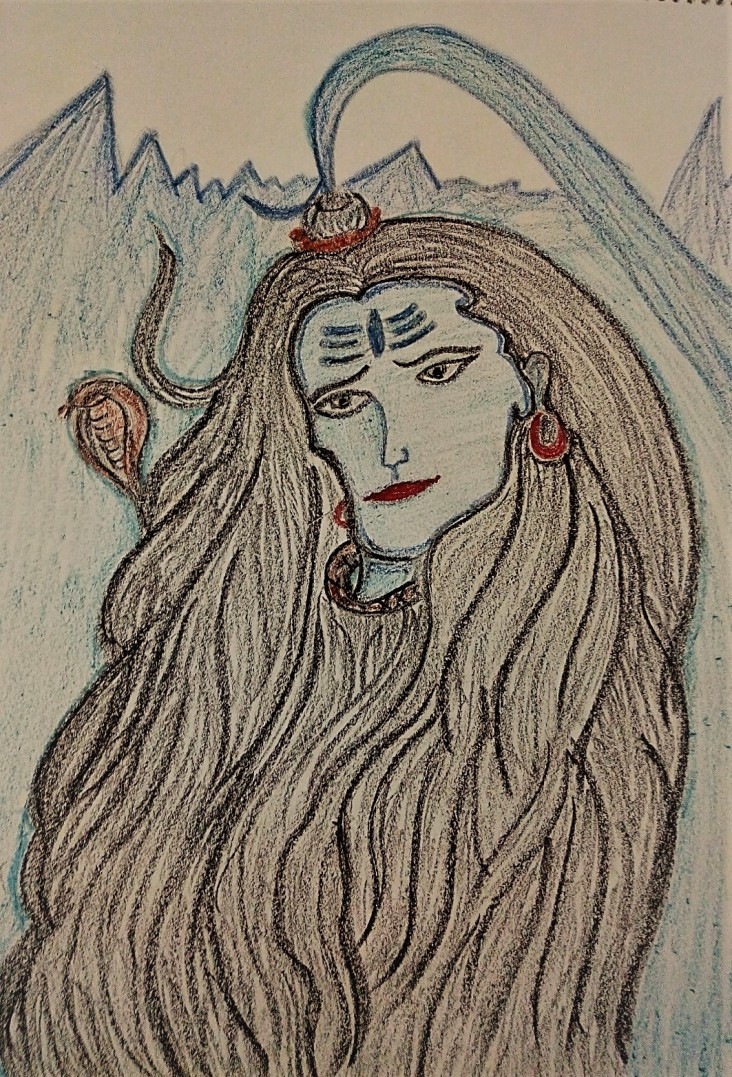 In the above Sketch I have tried to define fine layers of Lord Shiva’s hair.and used just two crayons Black and Blue used red to highlight his facial features.